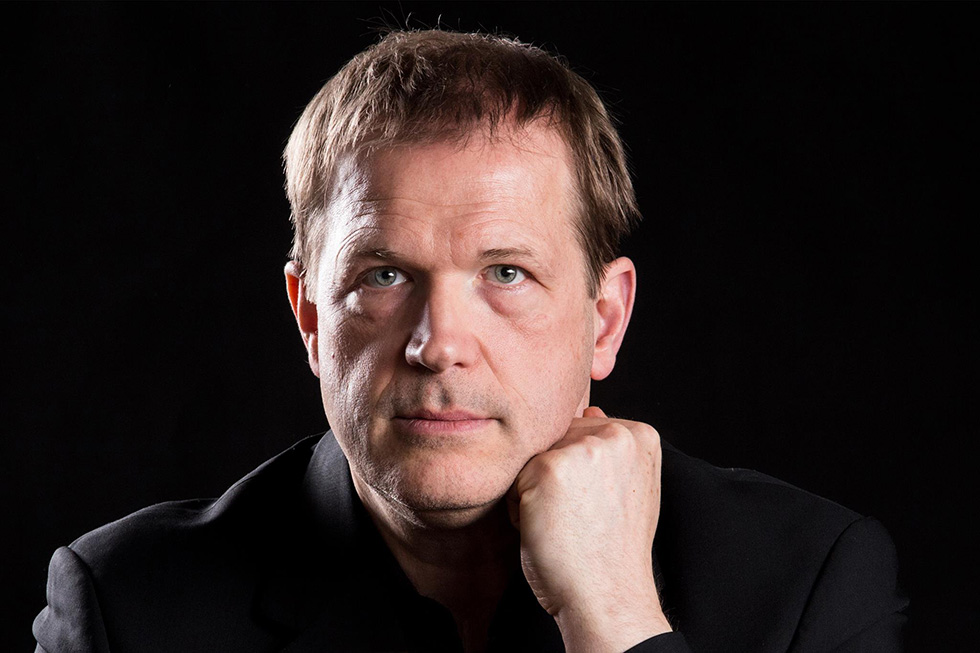 From 1986 to 1988 Krigar was teaching at the Conservatorio del Tolima in Colombia and concerned himself intensively with Latin American music.

He founded the ensemble PYTHAGORAS STRINGS in 1989. As head of this ensemble und as soloist he has given concerts in over thirty countries and at international festivals. The New York Time titulated him as „exellent instrumentalist“ (24.11.94) and „compelling artist“ (25.1.1996) .

As a composer, Krigar wrote nearly 100 compositions. He created for the Cultural Capital of Europe in 1997 „Odyssee“ in Thessaloniki and 1999 „West-East-Divan“ in Weimar.

Over the years 2000-09 he created a symphony of life with „DNA-in-concert.com„. For the first time, the work presents the flow of genetic information – such as takes place in our cells about 70 million times at any moment – as an aesthetic experience (NATURE Vol. 435).

In 2016 Krigar has created a completly new Version of his „Odyssee“ for the Berliner Philharmoniker, the highly celebrated performance was given at Feb. 20 of 2017 in the Philharmonie, Berlin.